Knapp’s storied career began in the Christian Music Industry in 1994. After a meteoric rise to #1, critical and commercial success, and with a considerable fan base, she walked away in 2003. After a seven-year hiatus, she returned with a renewed passion for music showcased in her 2010 album Letting Go. Set Me Free followed in 2014 on Righteous Babe Records in conjunction with a memoir, Facing the Music: My Story, published by Simon & Schuster. The 2017 release Love Comes Back Around, produced by Viktor Krauss, pairs her fearless songwriting and strong, expressive voice with Americana-style rootsy arrangements.

A true Renaissance woman, Knapp recently completed a master’s degree in Theological Studies at Vanderbilt Divinity School and continues to advocate for LGBTQ people of faith through her non-profit organization Inside Out Faith.

Erin McKeown is a musician, writer, and producer known internationally for her prolific disregard of stylistic boundaries. Her brash and clever electric guitar playing is something to see. Her singing voice is truly unique —clear, cool, and collected. Over the last 20 years, she has performed around the world, released 10 full-length albums, and written for film, television, and theater, all the while refining her distinctive and challenging mix of American musical forms. 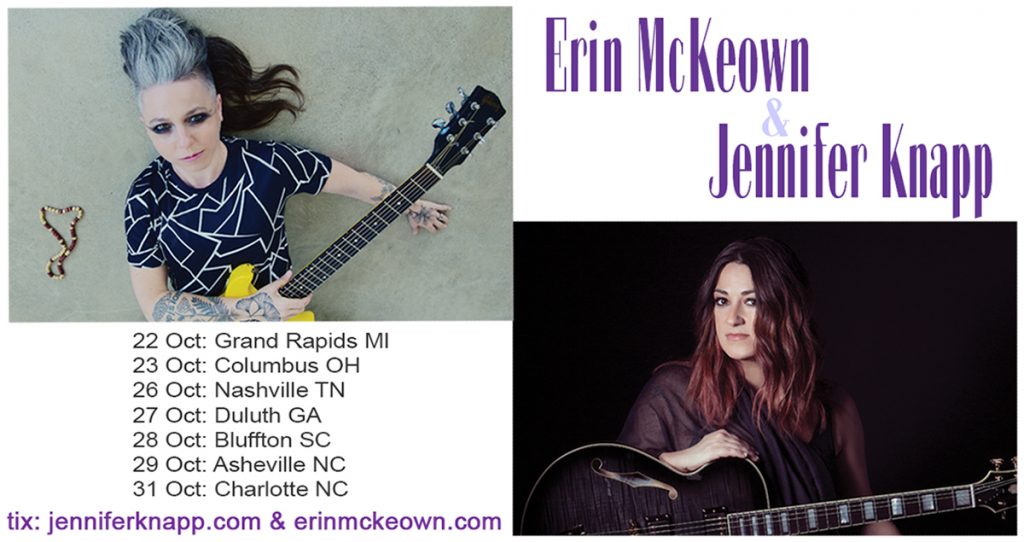