I have a difficult time imaging that the painter Jackson Pollock premeditated his work. From what I’ve read about him and learned from his own descriptions, the energy and emotion he put forth was almost zen-like, perhaps entering into a ‘thoughtless’ world in which his unconscious soul was revealed. It seems that he would awake only when the painting was finished to discover what the process had taught him.

I rarely sit down to write a song with a specific intent in mind. I often find it constraining and intimidating to the extent that what I truly intend to capture eludes me. When asked why I have written a song I find myself stumbling for words, hoping that the next answer I give will be different from the last. Still, it is often the same. It is the process of finding the emotion that song is holding inside, or maybe even discovering what is inside of me, that yearns to be heard.

Creating a record as a body of work is a scary prospect.  I am always hoping for cohesion, a narrative, but can never fully plan it. Each song reveals itself slowly and intimately in it’s own time and place, independent of the next, and still unknown tune to follow. While the song may stand on its own, it can lose it’s potency if stuffed into some premeditated style or jewel case.

In the end, it seems the music always finds me. No matter the hope or the pride that I might selfishly try to grasp, I am usually relegated to a listener. The record has taken it’s form while I was asleep.  Like a Jackson Pollock, it has waited patiently to be understood, or rather felt in the deeper parts of my soul. It is my sincere prayer that it will find yours as well. 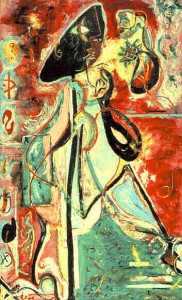