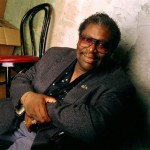 I never saw B.B. King perform live or ever met him in person, yet I carry with me a lesson that he taught me many years ago.

15 years back, I was both freaked out and flattered, stepping out of my car onto the red carpet and into the press gauntlet for that year’s Grammys. As strange, wonderful and rare such experiences are for we “less grand” artists, it was a moment that crept into my confidence and left me saying: “Yes, I have and can accomplish great things.” From that moment on I would be forever tagged as “Grammy nominated” and that’s a pretty cool thing.

For a moment in time, I got to be in, around and have my name in the mix of some the most widely recognizable names in the history of music. That year, U2 delivered “Beautiful Day”, Eminem & Elton John shared the stage together and Madonna schooled us all about what it means to be a modern day pop star. It was overwhelming to witness, to be able to pretend I was a peer in some weird way, but I couldn’t help but recognize that I was obviously NOT whatever they were.

Nominated, as I was, for a Christian record, my portion of the ceremonies were off camera, during the light of day, and celebrated with much less enthusiasm than that of the televised broadcast. There are the much less sexy categories like Christian contemporary, spoken word and jazz that are recognized before the real party begins. After getting all gussied up, walking the red carpet, then sitting in the rafters of the Staples Center both fearing and praying of what might happen if my name was called I experienced a bit of a let down coming to understanding my place in the world. Compared to all that I saw around me, I was simple, far from grand, and was left feeling decidedly NOT special. Even if I had picked up a golden gramophone, I still think I would have been just as humbled.

While I was sitting in one of the most expensive dresses I had ever worn and starting to wonder why I bothered…B.B. King’s name was called (pre-telecast) to receive one of the 15 Grammys he would amass over the course of his storied career. One could argue that it would have been acceptable for an old man to send someone in his stead, but he came, sat through all the drooling madness of aspirational stardom and accepted his distinction. His seats were better than mine, but still he had a long way to walk up to the stage and give his speech. Here was a man, who none could debate, was and forever will be among the historical figures of modern American music and yet, there was little more than the momentary applause and another a small statue. There was little grandeur, just a token of appreciation, leaving me to wonder if he spent any time grumbling about having to brave the circus event or if he held any enthusiasm for gaining the recognition yet again.

He’d done this more times than any Madonna or Eminem will most likely ever do. I thought, in comparing his achievements to those in the coming broadcast, if any of those artists even held a candle to this man in terms of talent, or whatever measure of judgment I could think up. To my reckoning, it was B.B. King who deserved the prime time lights and celebration. Yet, he was there, in the pre-broadcast, stuck with the likes of aspiring artists and hundreds of also-rans like myself who wrestled with conflicting feelings of admiration and disappointment. Despite any indignity or slight I might have imagined he could have rightly experienced, he seemed secure in his own skin. He accepted his award with dignity and honor, behaving very much as the man one hopes he would be–soulful, humble and the embodiment of an extraordinary artist who has revealed life through music.

He accepted his award with a quiet pride Kanye West could hardly dream of. He was applauded and deeply appreciated by all, but his reception would be nothing like the coming spectacle. He was unhurried, humble and yet grateful. His speech, though unremarkable in terms of being quotable, gave me a glimpse into a talented man who was more servant than an entrepreneur. His presence and his contributions, though world-changing, are astonishing not merely because of his talent, but because of the humility and earnestness at which he embraced the journey he was called to. For whatever achievements he might be credited, his life seemed to be the act of living the experience rather than accomplishing some sort of musical world domination.

Throughout all of my Grammy experience, I was left feeling shaken. If the award couldn’t be the measure of talent or if recognition isn’t the mark of success, what then was I after? What was the point of my playing, creating or any career ambition knowing that even B.B. King, in all his greatness, is still just a man, who, at best, on occasion was thanked for his work?

I find myself, many years later, reminded, thanks to B.B., that it’s not the awards that I should aspire to, but rather prepare myself for a life of gratitude. The pursuit of any of our callings and the willingness to share our unique gifts with the world will never be fully satisfied by a trophy or a spotlight, but, perhaps upon occasion make for legendary moments all the same. If we are ever lucky enough to find our passions and be safely surrendered to them, may we all be so blessed by recognizing what a gift it is to know that we have received it. What B.B. taught me is that it is not so much talent that lifts us up, but rather it is the story of our “inner man” and character that ultimately defines us.

Thank you B.B. It’s not a Grammy, but sincerely, thank you for showing up that weird day and encouraging me from so far away. Thank you for having lived an example of what I hope at the end of my days will be: having pursued my own calling with abandon, honor and excellence.